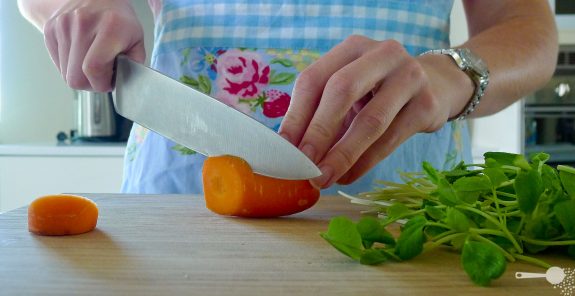 I was chatting to a friend while cooking dinner recently when she said: you make everything look so easy… The truth is that while it may look easy, and most of the time it is, I’m only human and humans make mistakes. Despite my best intentions,  there are some things I make that simply don’t make it.

Being April Fool’s Day, I thought today would be the perfect day to poke a little fun at myself. Here are some of my documented and true food failure stories from sagging souffles, through horrid taste combinations to gloopy mash.  Nobody’s perfect, right?

Enjoy the read and if you’re game, share your own worst kitchen failures by leaving a comment.

#1. It takes three to mango and one to fail

All of my recipes are taste and kitchen tested, and it’s often during the testing stage that I come across obstacles, such as mangoes.

Apparently, different varieties have different amounts of sugar and acidity in them, which is one of the reasons why my first souffle was perfect, while the second, third and fourth attempts failed. The sorbet and fool were great, but since I was unable to master the art, you’ll have to find a mango souffle recipe elsewhere for now. 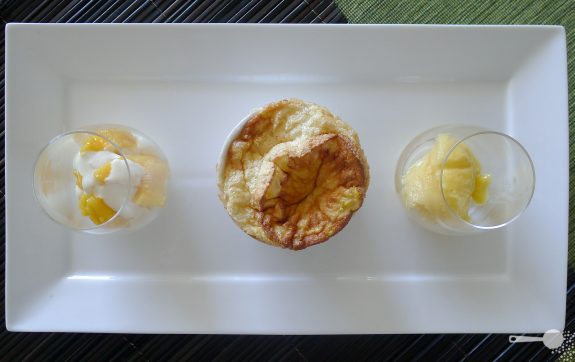 Some marriages involving international cuisines are destined for a long and prosperous future. Japanese and Cypriot is not. I mean, what was I thinking?  Wasabi crab with a cucumber and avocado salad and haloumi??

The wasabi crab and the cucumber and avocado salad on their own were great, but it was the moment I bit into the cheese I knew I wouldn’t finish it. I love cheese, haloumi amongst my favourites, but the entire combination was just wrong from the beginning. Mr Chipconnoisseur, however, put on a brave face and ate the whole thing. The poor thing, he even said he liked it.

While looking for the perfect gluten and dairy free shortbread recipe, I made these little cookies.

The problem with baking is, of course, the fact that you can never be 100% sure how something will turn out until it’s out of the oven and you can taste it. If you’re after a recipe for cute little rounds of quick-set concrete, feel free to email me, I’ve found it! 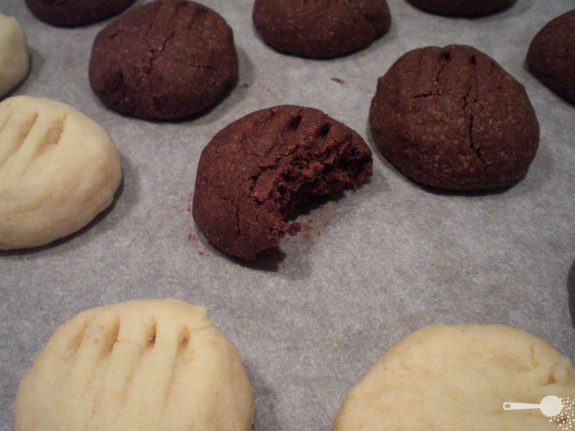 If you are trying to mash potato without a ricer do not, and I repeat, do not use a food procesor or stickblender chopping attachment.

Unless of course you need some glue for craft. The starch, just like gluten in flour, will start to activate and work itself and the spuds into a gloopy mess. Hard to get rid of and a waste of good ingredients.

#5. Cubism in the kitchen

Every so often I will cook something that is as remote from the original tasted, as are Picasso’s [cubist] paintings a reflection of reality. My pumpkin and ricotta lasagna with amaretti biscuit crumbs is one of the better examples of cubism in the kitchen. The general idea, and shape and maybe even flavour is there, but to look at it and to say it’s a Man with the mandolin, is impossible unless you know that’s what it’s meant to be. 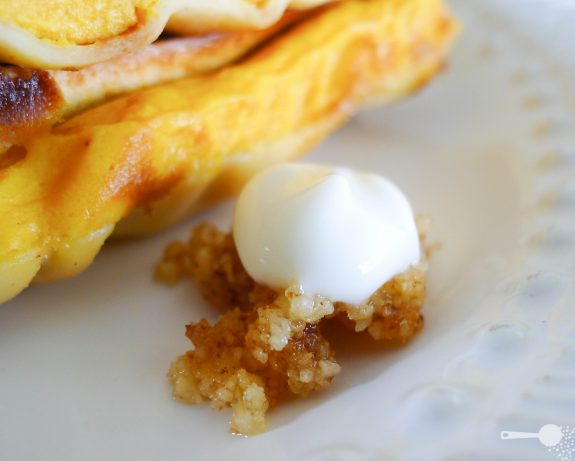 What are some of your own “favourite” kitchen failures? Have you made the same mistake twice? I’d be keen to hear about them.

And remember, if you tell before midday, we might just think you’re telling fibs, so you’ll have nothing to be embarrassed about.

I could write a book about my kitchen failures. Last year I tried to bake cookies and I literally thew up my eyes and stormed off the bedroom to have a cry…

I made a coriander pesto with all these other herbs and spices but added way too much chilli. The result – a totally unedible (or is it inedible?) but potentially delicious rice noodle salad. I made a batch of savoury muffins and I didn’t add any salt and the result – a cheesy, cardboardy, sundried tomato ensemble. Yuck! Oh and I had the same problem with mash in the food processor – my husband said it looked like Farex (baby rice food). Have a fabulous weekend.
Ps. I love this blog

Thanks Amanda! You’ve just reminded me, I’ve made the same mistake with adding dried chilli to fried rice. Adding another lot of plain rice wouldn’t even ‘dilute’ the fire within!

My dad put Taco mix in his bolognaise one night.

Needless to say he didn’t do it again.

My mum used to crush up potato chips over the top of her tuna casserole to try and get me to eat that HEINOUS, VOMIT WORTHY dish. GAH. I despise tinned TUNA. VOMIT. I used to pick the chips off and eat them and leave the heinous TUNA. Epic kitchen FAIL.

I used sweet butter puff pastry for Puffy Dawgz last year, picked up the wrong pastry at the supermarket. The boys still ate them…. I have NO idea why :/ :/ :/

Apparently Mr Chipconnoisseur’s Mum used to put chips on tuna casserole too… Never heard of it before now. Hehe

I’m reminded of the time my kids made pikelets using salt instead of sugar….you can imagine.

I love your posts so I nominated you as one of my 15 favourite blogs. You can see more about it at my blog http://www.cassmob.wordpress.com. However as the “requirement” to nominate another 15 bloggers is onerous I don’t expect you will necessarily want to do this. I just wanted to share your great site with some new readers. Pauleen

What a hilarious post! My horrible failure was trying to make a vietnamese style steamed banana cake. The recipe called for glutinous and rice flour, I found the recipe from a vietnamese forum and loosely translated it, when it was “ready” it was a sloopy mess, pretty much like those old school clag glue… Not nice at all!

Ironically my most epic failures have been trying to make gnocchi (I see you’ve got a gnocchi recipe on your home page!), I just don’t have the patience to get the potato smooth enough (or something). Both times I’ve tried the potato has ended up in the bin and it’s been packet pasta and pesto night instead.

#4. Mash potato
That’s how my mother makes it. Has been making it for years. Yuck.
I think the lack of culinary talent in my family is what led me to enroll in cooking classes.